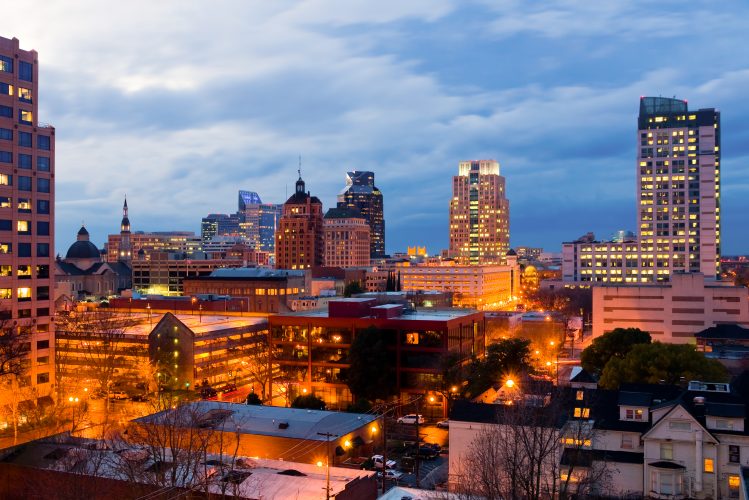 Is your favorite here? Give 'em a thumbup! Did we miss someone? Tell us on Twitter, Instagram or LinkedIn or Facebook.
Defendant In Deadly Drunk Driving Crash Had History of DUI Convictions

The drunk driver arrested for causing a crash that killed two women in Natomas earlier this month has a history of DUI convictions.

Court records show Beltram also has two previous misdemeanor DUI convictions in Sacramento County—one in 2016 and one in 2010.

Tamara Bennet is grieving the loss of Raquelle Hudson, one of the women killed in the crash.

“My rockstar, my rockstar. That’s the only way I can describe her,” Bennet said the day of the deadly crash.

Hudson was a hostess at Bennet’s restaurant and a longtime family friend.

“We helped raise Rocky since she was 5-years-old,” Bennet said.

Hudson’s fried DeJuana Byrd also died in the crash near Northgate Boulevard and the Arden Garden Connector. A third woman in their vehicle survived and is recovering.

An alleged drunk driver plowed into a group of cyclists on the American River Parkway, according to Sacramento police.

Sacramento Police said the driver somehow managed to get around the trail gates and onto the path. One cyclist is in critical condition.

Members of the cycling community are shocked something like this could happen. Police said the driver entered the bath path just off of Tribute Road.

“I’ve ever heard about that on the trail, so that person must have been very drunk,” said Donovan Lewis, a cyclist.

For local cyclists, a crash like this is their worst nightmare.

“You try to always think about those things, especially when you’re riding on the road. Obviously, you’re in that mindset but outside the road when you’re here you’re thinking you’re safe,” Lewis said.

Police said the driver was showing signs of being drunk on the scene. The driver has been arrested on Felony DUI and hit and run charges.

Local cyclists call it a tragedy you can’t prepare for.

“You don’t really have time to think about anything. Hopefully, you get out of the way as soon as you see it,” said Ben Nguyn, a cyclist.

Cyclists with a group called the Sacramento Wheelmen” say the victim was riding with them at the time of the accident.

We were told several other club members had to jump off the trail to avoid being hit.

Teen killed, another driver arrested for DUI after crash shuts down portion of I-80 in Roseville

An 18-year-old has died and another driver has been arrested for driving under the influence following a crash that shut down all eastbound lanes for a portion of I-80 in Roseville Thursday night.

According to a collision report from California Highway Patrol (CHP), the incident began when an unnamed 18-year-old driver lost control of his Toyota Corolla and swerved into the center median barrier. CHP says the Toyota then swerved right across eastbound traffic where it was struck by a Ford Mustang and Chevy Pick-up truck.

When CHP arrived they found the teenaged driver and realized he was not wearing a seatbelt and was fatally injured. His identity will be released once next of kin is notified.

Both drivers of the Ford Mustang and Chevy truck were injured, however, officers also say the driver of the Chevy truck, 24-year-old Ryan C. Mills, was intoxicated. Mills was arrested at the scene for Felony DUI.

Eastbound lanes of I-80 near Douglas Blvd. were closed for an hour while crews worked the scene.

While all lanes re-opened overnight, ABC10 learned one person died in this crash.

This story will be updated once more information becomes available.