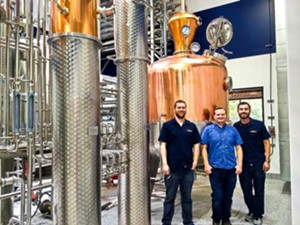 Tucked deep into an industrial park off Bradshaw Road, a brief drive from the West Wind Drive-In Movie Theater along Interstate 50, three young businessmen are deep into the entrepreneurial spirit of making spirits.

In a massive warehouse of high-beamed ceilings, shiny tanks and a tasting room, Brian Keck, Chris Johnson and Mike Moore are continuing a family tradition. It’s morphed from a knitting company started by Keck’s great-grandfather, J.J. Pfister, to a Sacramento spirits distillery with elaborate plans and one mean craft product to date—a smooth organic vodka made from russet potatoes. Gin, bourbon and rye whisky are next.

J.J. Pfister, who died in 1921, emigrated with wanderlust from Switzerland to San Francisco in 1876. He endured earthquakes and various business woes to forge a renowned company, with women’s bathing suits as a specialty.

The idea for vodka, Keck explained, originated with a family friend, an organic grower in the Klamath Basin in Oregon. When Keck began to study winemaking, the farmer was seeking a way to preserve potatoes.

“There are essentially two ways,” Keck explained. “You can make dehydrated potatoes or vodka, and vodka is much more fun. So, the original idea was his, and we’ve run with it.”
The business started about a year ago, with the distillery operational for less than two months. The tasting room is open to the public Fridays and Saturdays. A few private events have also been held.

Via Young’s, a San Francisco distributor, J.J. Pfister vodka is available in Nugget markets and liquor stores throughout the Sacramento region. It’s sold in more than a dozen Sacramento and Davis restaurants.

“A lot of craft distilleries like us start with whole grains—or in our case whole potatoes,” Moore said. “We have a bin dumper in the back and what we will typically do is start with about 4,000 pounds of potatoes. They’re washed, sticks and rocks are removed, and then the potatoes go through a grinder.”

The potatoes are heated. An enzyme is added to loosen up the starches and convert them into sugars. The concoction is then separated into complex and simple sugars. Yeast is added, converting the simple sugars into alcohol. The remaining process is left to the distillers’ collective talents.

“You’re going for a vodka that you can sip on its own, and that mixes well with cocktails and still stands up and says, ’There’s J.J. Pfister vodka in this cocktail,’” Keck said. “We want to get it very smooth with a hint of the potato character, a hint of black pepper and confectionery flavor.”

The place is also a shrine to the company’s patriarch. The tasting room features original business documents and other memorabilia in glass cases. A framed series of the company’s original women’s bathing suits in pristine condition decorate the walls.

It’s an oddly perfect way to combine a family’s new traditions with its expertise of yesteryear.

Check out the list of the Sacramento Top 10 Best Cocktails! Don’t forget to thumb up your favorites!

James Raia is a syndicated automotive columnist in Sacramento. Visit his websites: theweeklydriver.com, newcarblogger.com and jamesraia.com. 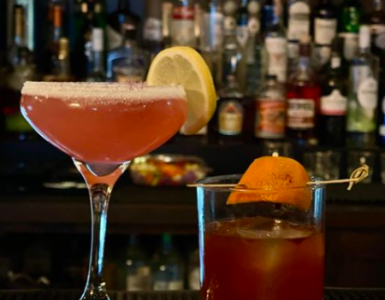 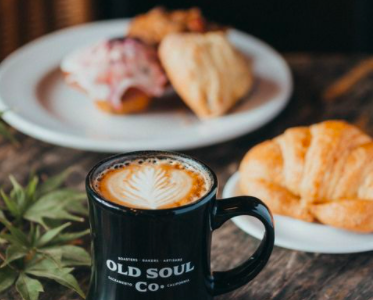 At the heart of Old Soul Co. is telling the stories of farmers and artisans around the world by providing a platform for them to be recognized for the hard work, passion and unparalleled artistry they put into their... 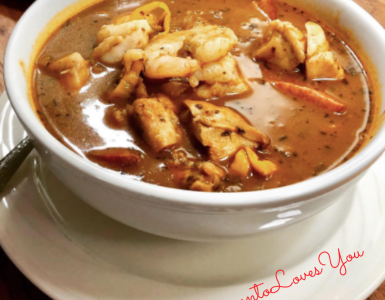 It’s almost Mardi Gras, and you owe it to yourself to have some fantastic gumbo from @celestins_restaurant! As the show says #treatyoself ❤️ Celestin’s was gone for a long time, but happily for everyone in...